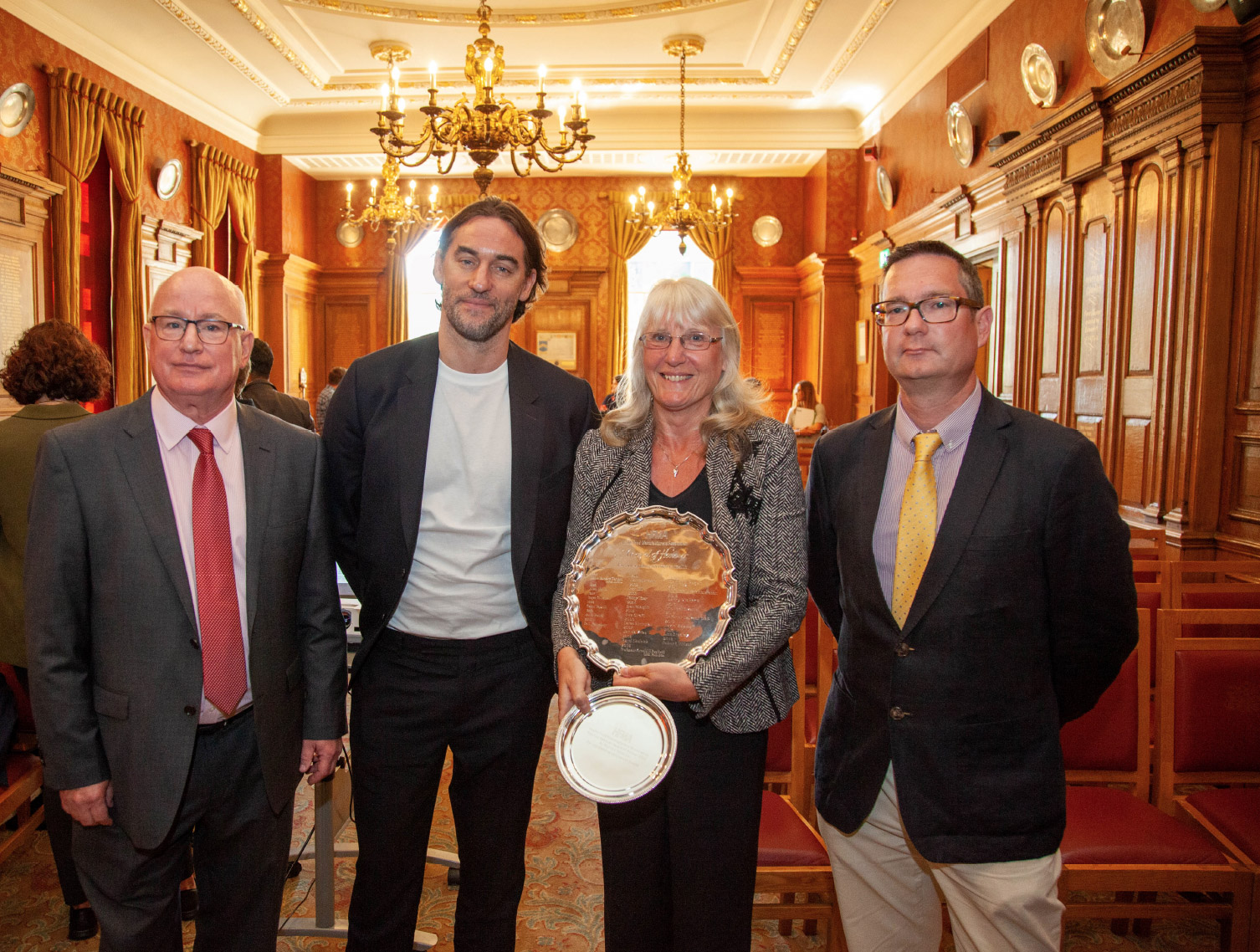 The Health Food Manufacturers’ Association (HFMA) has awarded Rob Hobson, nutritionist and writer, as the deserving winner of this year’s Health Journalist of the Year Award.

The award, presented at the HFMA’s Annual General Meeting (AGM) on 15th June 2022, recognises the best of journalism covering the natural health industry. This prestigious accolade is awarded on behalf of the HFMA members, recognising and acknowledging forward-thinking and progressive writing within the field of natural health.

Esther Mills-Roberts, the HFMA’s Director of Communications, said “Rob has been a beacon of responsible, scientifically sound and qualified advice for consumers around natural health, including supplementation. His profile in National press, as well as print and online channels, makes him a worthy recipient of this years’ Award, as he champions health and wellness within the general population.”

As a registered nutritionist and author of two successful books, Rob is passionate about using his knowledge to help people make sense of the ever-evolving science of nutrition. He has written extensively across all media including national press titles such as the Daily Mail, Daily Express, The Sun and Daily Mirror, health magazines including Men’s Health, Women’s Health and Top Santé as well as many online platforms.

Rob commented, “It’s a huge honour to be recognised for my work in the media. As a nutritionist my work is varied but writing makes up a big part of what I do, and I feel it’s hugely important to ensure people are getting the right information about diet and health.”

He adds, “I have worked closely alongside the HFMA this year helping to create a series of resources on key health topics including menopause and veganism. It’s great to see organisations like the HFMA put the effort into providing a trusted source of information for consumers to turn to.”

The award, presented at the HFMA’s Annual General Meeting (AGM) on 15th June 2022, is the natural health industry’s greatest accolade and is presented in recognition of a lifetime of outstanding contribution to the industry.

Dr Marilyn Glenville PhD (Cantab), AFBPsS, FBANT has been working in the natural health industry for over 35 years in clinical practice and is the author of 17 internationally best-selling books which have sold over one million copies world-wide and been translated into over 20 languages. She is the former President of the Food and Health Forum at the Royal Society of Medicine and was an observer on the Food Standards Agency’s Expert Group on the safety of vitamins and minerals and highly regarded throughout the industry.

Speaking of Marilyn’s contribution to the industry, Steve Mann, HFMA’s Chair, comments “Marilyn’s work has touched millions of people in the UK and around the world, improving their health, happiness and empowering them to better manage their own health and wellbeing.”

Speaking on her award, Marilyn says, “Winning this award is such an honour and it has been a privilege to work in the Natural Health industry for over 35 years and I am very proud to join the list of previous recipients. I would also like to thank the HFMA Council for their confidence in awarding me this honour which was an unexpected and very welcome surprise.”

She adds, “I would like to thank everyone in the industry and those members of the HFMA for continuing to maintain such high standards. Maintaining the high standards and integrity of the industry is so important when we consider the real benefits people gain from using good quality products.”

HFMA is a proud founder member of its European federation, EHPM. Comprising national trade associations from 14 EU member states, EHPM acts as the HFMA’s eyes and ears in Brussels, which will be crucial in a pre- and post- Brexit environment. HFMA officials currently hold the positions of Vice-Chair of the federation and Vice-Chair of EHPM’s Botanicals and Communications working groups.